The Japan Media Arts Festival is a comprehensive festival of Media Arts (=Media Geijutsu) that honors outstanding works from a diverse range of media – from animation and comics to media art and games. The festival gives awards in each of its four divisions: Art, Entertainment, Animation, and Manga. It also provides a platform for appreciation of the award-winning and other notable works. Since its inception in 1997, the festival has recognized significant works of high artistry and creativity, and in addition to a yearly Exhibition of Award-winning Works has held other events, such as symposiums, screenings, and showcases. Last year, the 18th Festival received 3,853 works from 71 countries and regions around the world, demonstrating is continuing evolution as an established annual international festival. Award-winning works are exhibited both within Japan and abroad through various projects and events organized by the Agency for Cultural Affairs which aims to develop and promote the creation of Media Arts by focusing primarily on the new generation of artists.
http://jmaf-promote.jp/global/en/about.html

This program consists of a collection of past award-winning works from the Japan Media Arts Festival which impart a sense of contemporary Japanese pop culture. Such items as TANAKA Hideyuki’s Berobero, which takes the town of Shinjuku as its stage, and the skillful Japanese-style animations of young directors UEKUSA Wataru and ISHIDA Hiroyasu, are expressions of bold self-assertion beneath the pop veneer.

Fumiko, who has a crush on Takashi, tells her feelings to him only to be rejected. Crying out, Fumiko starts to run. Just like the wind, Fumiko runs through the town, rolling down steep stairs, falling off the cliff, and flying over the shopping promenade where does she find herself in the end? In this animation, a story of a desperate “confession” by a pure-hearted high school girl unfolds with a unique depiction of angles and speedy actions.

This is a humorous animated work in which a young girl walks through a mysterious town with both tranquil fields and buildings, followed by various monsters. The thoughts and feelings of the young girl as she daydreams are visualized on a monitor screen or by being likened to the forms of the monsters; the closed inner world of a young girl is depicted incisively, against a soundtrack of up-tempo music. The light shades and the lines drawn with a delicate touch and strong sense of design create a unique world view and transparency.

This music video was made for the single “HAJIMEYOU” (Let’s Begin) by NAGANO Ryo. Without relying on wires or synthesis technology, ARAI achieved the acts of levitation in the video through the use of a simple device. The DIY spirit embodied in this notion that it is possible to create
fantastic images by one’s own methods is also at the heart of the song. A web-only version that provided viewers with a behind-the-scenes look at the filming, allowing comparisons with the finished product, caused a sensation as the two versions came to be seen as parts of a single work.

This music video by Omodaka blends a composition by TERADA Soichi, based on the Miyazaki Prefecture folk song Hietsuki Bushi, with a colorful hand-drawn animation by HIRANO Ryo. With visuals based on the theme of “agriculture and space” set to a composition featuring a unique beat and
the distinctive vocals of folk singer KANAZAWA Akiko, this visual expresses fantastic imagery that transcends time and space. A mystical world in which nostalgia and whimsy coexist is born. 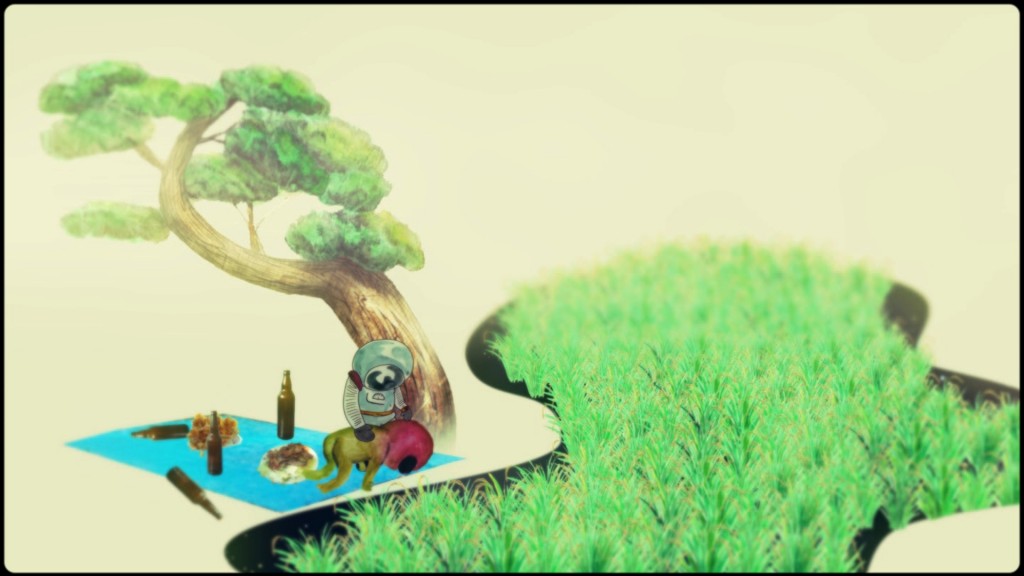 The title of this work, KiyaKiya, derives from an old Japanese expression that the artist discovered in an essay, “On Childhood Experiences,” in SHIBUSAWA Tatsuhiko’s book Introduction to a Collection of Girls. The expression describes a sense of “inexplicably nostalgic anxiety” or a kind of dejavu. The film sets out to examine this feeling. 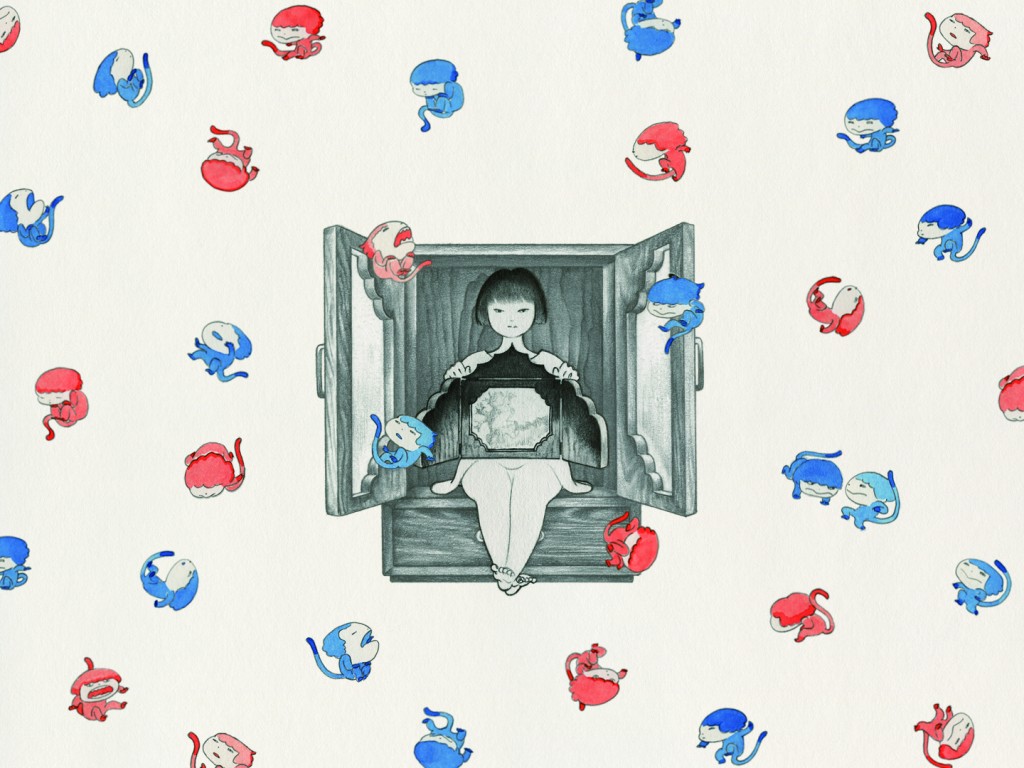 In ‘Ho-Ho’, animator OKAMOTO Masanori and musician Saitone have made a stop motion to warm the heart. Whether you want to express your feelings to another or your own feelings are on fire, ‘Ho-Ho’ moves with the emotion. It’s for the thoughts and feelings you want to convey. ‘Ho-Ho’ is the messenger for use when the feelings overflow and it’s setting hearts aflame across Japan. The stop motion paper cutout animation dances and changes shape to express the feelings.

A test subject is administered daily medication by a nurse in a ward where mysterious medical experiments take place. One day, when the nurse presses the switch of the test subject, it successfully transforms into a chimera. When the test subject continues to hold human desires to take
on non-human forms, what spectacle will arise as a result? And what effect will this have on the subject’s relationship with the nurse? …Taking inspiration from the song of the same name by Artist Cuushe, this is an animated work consisting of 3,000 still images drawn over almost two years.
In contrast to the scenery in the ward where time seems to have stopped, through the continually swaying camerawork and soft colors an original narrated world is depicted. 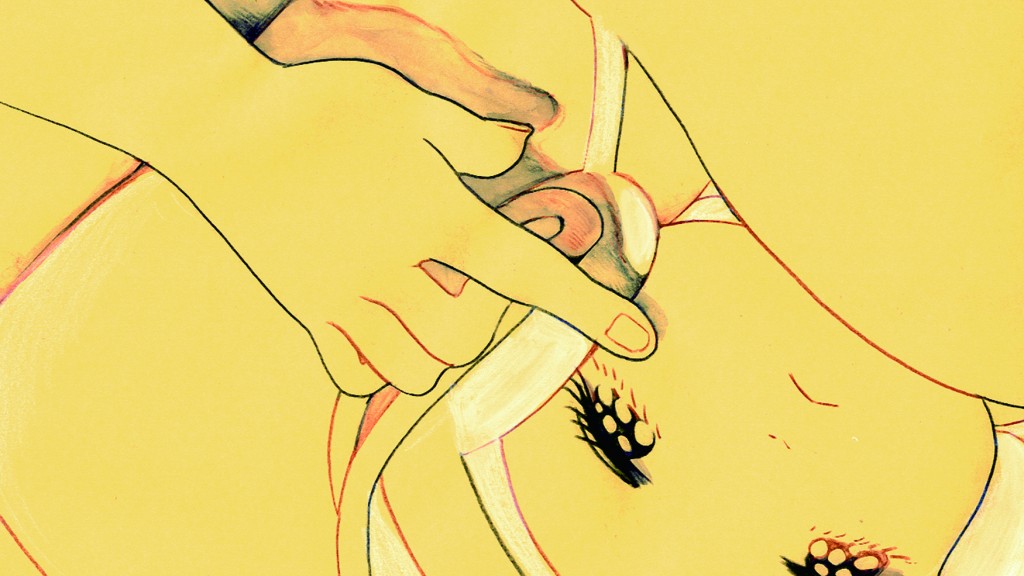 HiraokaMasanobu (JP) | ONE AND THREE FOUR

A music video made in response to the music of ABE Yoshiharu which utilizes animation expressing a fascination with movement and speed. Visualizing the sources of sounds, it shows sensitivity and boldness through colorful non-linear sequences of pictures which constantly transform in correspondence to the rhythm. 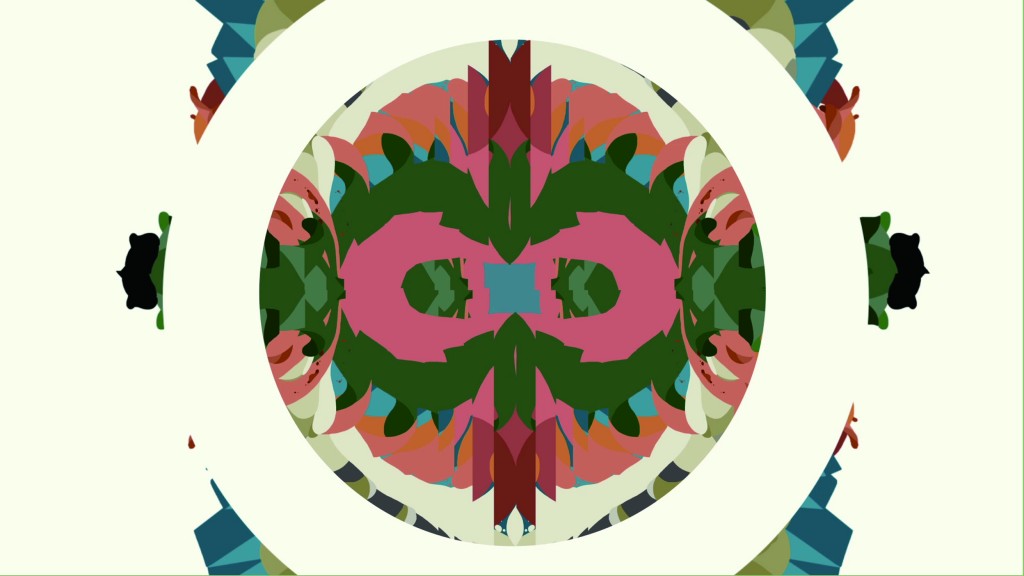 This work was broadcast as a segment of PythagoraSwitch, an educational program on NHK’s ETV channel. In addition to showing young viewers how fun it can be to liken everyday objects to living things, the series explores completely new animation territory by showing how each object’s distinctive qualities are integrated into a unique “ecology.”

Two imprisoned rabbits, Putin and Kirinenko, make a break for freedom. The story is set in Soviet Russia in 1961. Putin was imprisoned for sabotaging his work while hung over. Kirinenko is there on death row, We see everyday interaction with the bullying guard Kanschkov (and Kirinenko gets his revenge).

This music video was made for the song “Dynamics of the Subway,” which is included in Hasuinonasa’s first album Body of the Animal (released on the Zankyo Records label). The animated work, made up of geometrical shapes that correspond to the movement and texture of each sound made by the musical instruments, gives shape both to the subway and to the composition.

This short animation is about post-university job hunting. A very ordinary college student finds that her friends have recently begun to behave strangely; it turns out they are in the throes of “job-hunt fever.” Without ever figuring out what it is really all about, the protagonist finds herself, too, sucked into the vortex of job recruitment Japanese style.

A music video for the rock band Group Tamashii led by ABE Sadao and KUDO Kankuro. The images of an unidentifiable hairy creature marching through the Kabukicho district of Shinjuku feel strangely poignant against a contrasting background of dazzling neon signs and people coming and going through the dimly-lit streets. It is a work that gives further depth to the images shot using simple techniques.

The five o’clock chime brings with it the end of playtime, and as playtime fades away the prospect of dinner awaits at home. Within this interval lies an indescribable period of time. This hand-drawn animated work was born out of the creator’s wish to preserve that moment using his own method.