LOOP Festival is the international encounter for contemporary video art, artists’ videos and films and moving image based art. It takes place annually in Barcelona involving the major art venues of the city which join forces to display the current trends in video art and present them to the general public. The Discovery Award has been created with the aim to support and recognize the recent production of videos and films by international artists through a free open call to the artistic community. This LOOP Barcelona initiative is supported by Estrella Damm, who sponsors this prize, in line with its longtime support to the cultural sector. The objectives of the Discovery Award are to promote and to disseminate the videos and films by international artists; to encourage experimentation and innovation in audiovisual creation and to introduce the works in professional exhibition circuits.

The Discovery Award 2015 screening programme brings together the eleven finalist works of the first edition of the Discovery Award, a prize dedicated to international artists’ films and videos. From the projects submitted through an open call, ten finalist have been shortlisted by a jury of experts. The selected works are shown along with the most voted work on the online video channel of the prize. This 2015’s jury has been comprised by Bartomeu Marí, Javier Duero, Julia Morandeira, Martí Perán and Carlos Durán, who have also chosen the winning work of the first Discovery Award.

Seeds explores the phenomenon of the buried mines that exist in Israel and the world over, exposing how these areas still carry the consequence of the war within their soil while supporting the new populations who must inhabit the conflict area. It examines the power of the present moment in these places where efforts are beginning to shift these death zones into places that consciously affirm life, embracing continuity in the very place where it once was blocked. 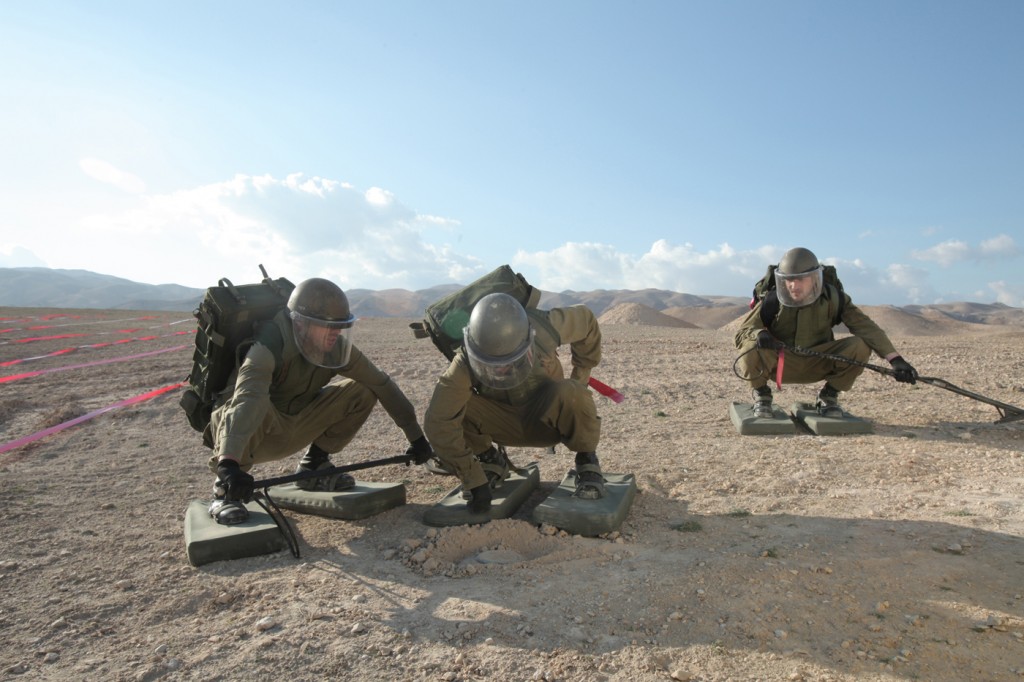 In this work the slogans that are sung at demonstrations in Spain have been adapted into a musical piece, using the composer Henry Purcell’s scores as a reference. Since the crisis started, “It’s called a Democracy but it’s not a Democracy”, “We are not scared” and “These are our weapons” are common phrases at demonstrations, sung in monotone by thousands of people. In the video a choir called Solfonica sings the piece in an empty theatre. Solfonica is an assemblybased choir that sings only at demonstrations in Madrid, its a “protest choir”. The songs that were composed for the video are now used on by Solfónica as part of their repertoire. 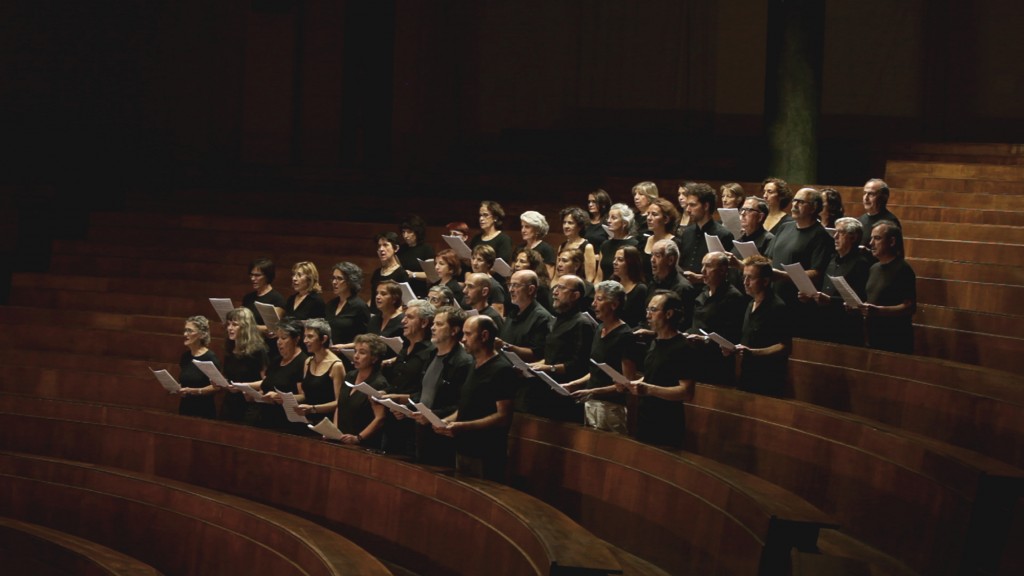 Melis started a private company in Amsterdam, in order to publish a callout for a temporary job welcoming native Spanish speakers to apply for the role by sending in their CVs. The successful individual was required to work for two hours per day, five days a week in order to print and destroy by means of a shredder all of the CVs gathered through the call. By doing so, Melis initiated a production process based on destruction, one that mobilised the expectations of the unemployed who had applied for the job (and whom he never met) and transformed them into raw material for the company to shred.As an ironic comment on liberal economist Joseph Schumpeter concept of creative destruction (capitalism generates new wealth by destroying existing economic and social structures) labour and work are revealed to be annihilating enterprises under their current, neoliberal guise. 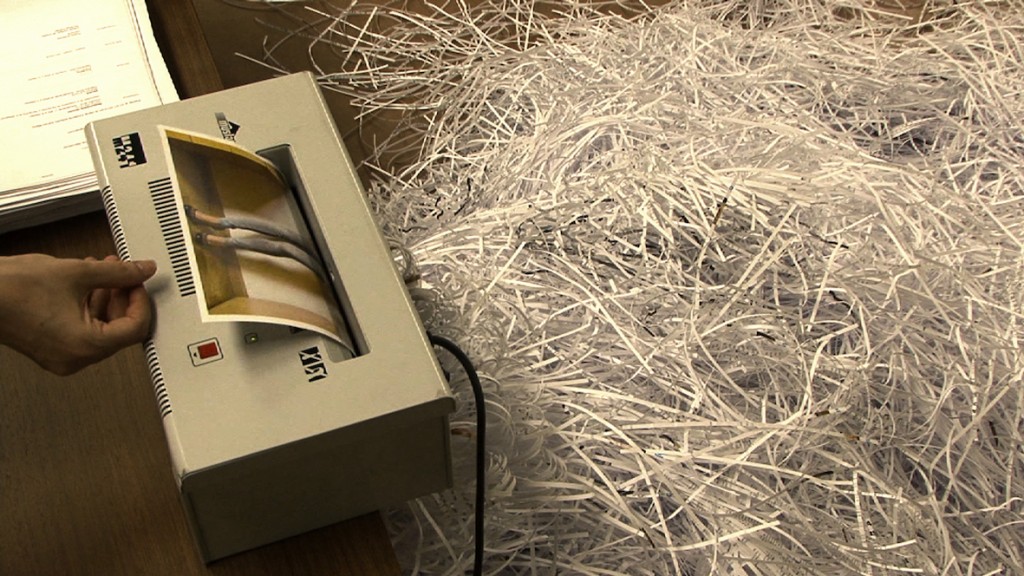 In La visión los vencidos (The Defeated) an indigenous slave, who is guiding a group of Spanish conquistadores up the jungle, describes the moment in which an army commander witnesses a collective homoerotic ritual, angrily condemns the act as “abominable and unnatural,” and orders the immediate execution of the men. Shot in the Sierra Nevada de Santa Marta, Colombia, La visión los vencidos is based on an undocumented chronicle selectively passed on from generation to generation by oral transmission. 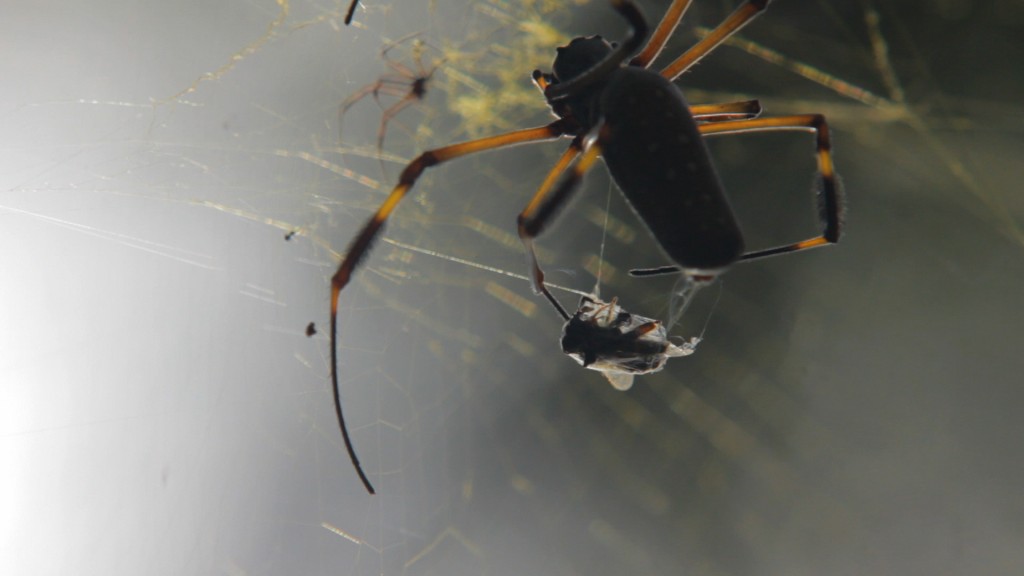 Itziar Barrio (ES) | The History of the Fist

The History of the Fist takes the symbol of the fist as the main character of a new fiction. A fist, a multi layered quotidian sign is been showcased in this video piece strongly based in audiovisual language and theory. Through The History of the Fist concepts of sexuality, violence and social revolutions are explored and put in relationship to each other. 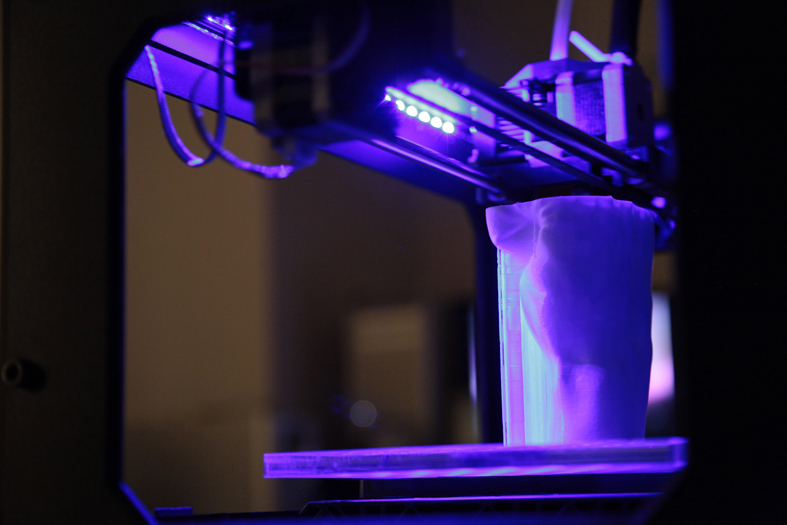 Joan Bennassar (ES) | A dream from before history (Futuro memories)

Futuro memories is an investigation about the Futuro house designed in 1965 by Matti Suuronen. The prototype was intended to be spread worldwide for easy installation in different contexts. However, its stop was forced because of the crisis of 1973. Nowadays there are 60 Futuro houses scattered throughout the world geography. A dream from before history approaches the current state of the complex of Wan Li in Taiwan through the story of the famous writer and poet Lin Hengtai and its connection to the Futuro houses. 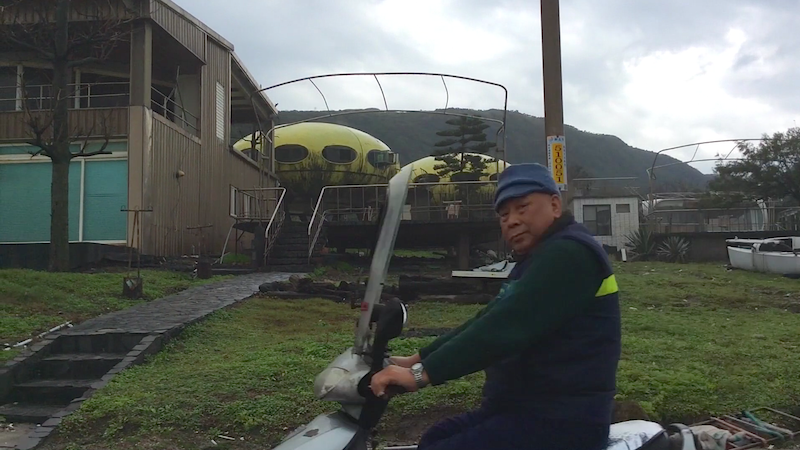 Everything for Everyone and Nothing for Us is about languages of protest, and the relationship of the body to protest. The film is set in a TV studio, where a protesterintraining listens to audio extracts from a political speech by Margaret Thatcher. Having absorbed the sounds, the protester uses movement to exorcise Thatcher’s voice, retraining the body to resist capitalism. Everything for Everyone and Nothing for Us echoes the slogan of the Mexican Zapatista liberation movement, which began its struggle against neoliberalism, exploitation and racist oppression in 1994. 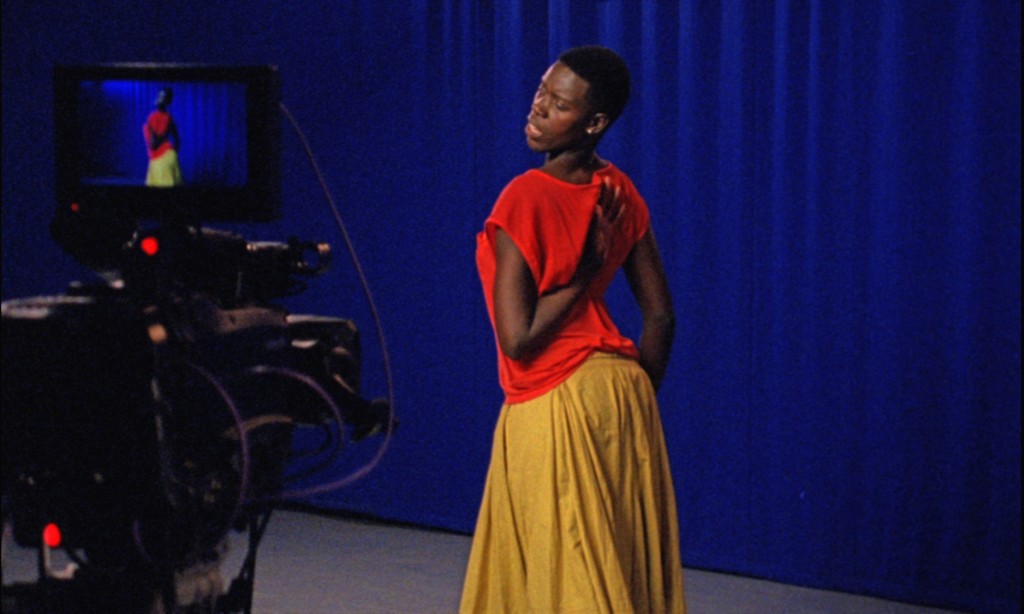 In the manner of an ethnofiction, film Situations Suivantes stages writer’s room activity in the political context of South Africa. Professional actors from various geographical origins (Indian, Polish, African) elaborate together episodes of a comedy, in an international english. Series construct mix sentimental stories with current social facts such as miners’ strikes, woman heroin, South African’s urban planning and peace construct, among others. The discussion evolves as a stream, with no resolutions. 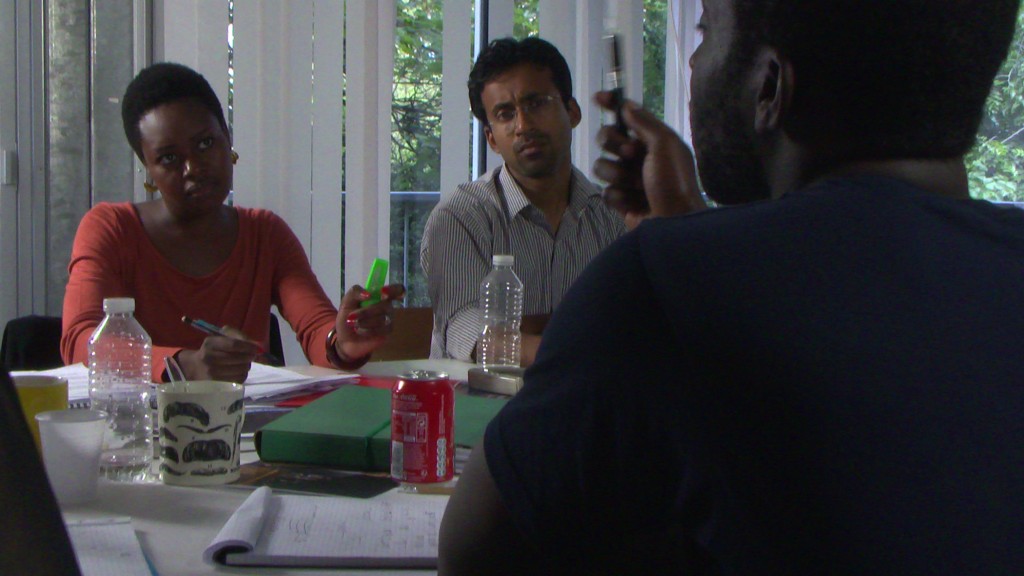 Rob Kennedy (UK) | What are you driving at?

‘Roundabout’ was one of a range of government sponsored promotional film series produced buy Central Office of Information between 196274. These Technicolor ‘cinemagazines’ were designed to promote Britain’s industrial and cultural position as a progressive world leader to countries throughout the Commonwealth and further afield. What are you driving at? uses archive footage of dated and seemingly crude British manufacturing processes in plastics, beauty products and fashion, with images of a nebulous and fluid contemporary manufacturing ‘flow’ that has come to represent a more abstracted relationship to current industrial design and production. Set to the manipulated soundtrack from a recent Audi R8 television advertisement, the rhythms and power of the engine noise push and pull at the underlying economic and political heritage embedded in the contrasting images. 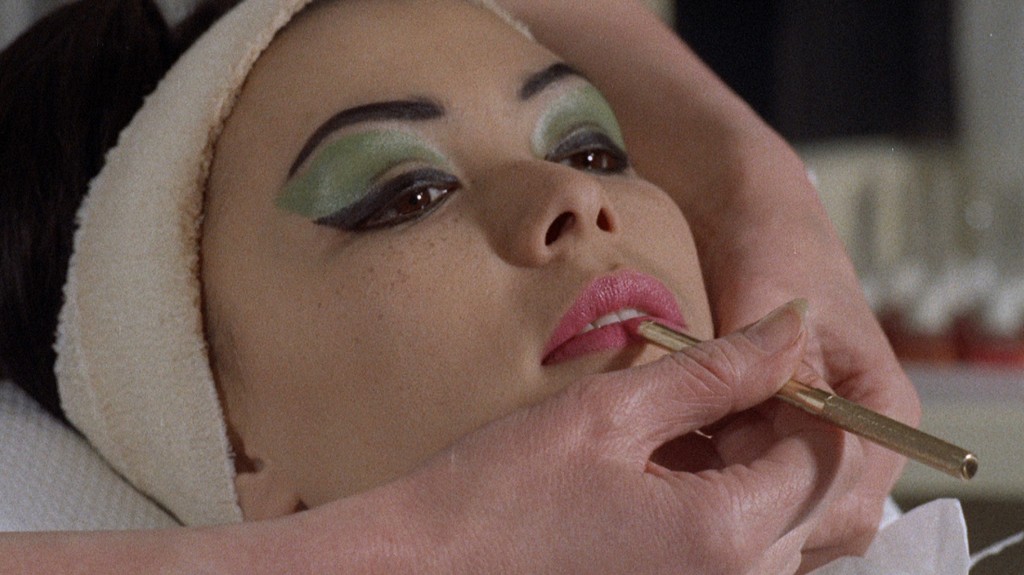 The starting point of the piece is to inverse the traditional way of working with narrative: instead of having a story or series of stories to then put into context, the idea is to create a place, or describe a space, that will slowly become the framework to navigate into a series of abstract micronarratives that occur in this setting. In this case it is a cocktail lounge / retirement home / beach club in Miami where old artists go to spend the last days of their lives, when they no longer produce art with the need to show it or be critical with their surroundings. 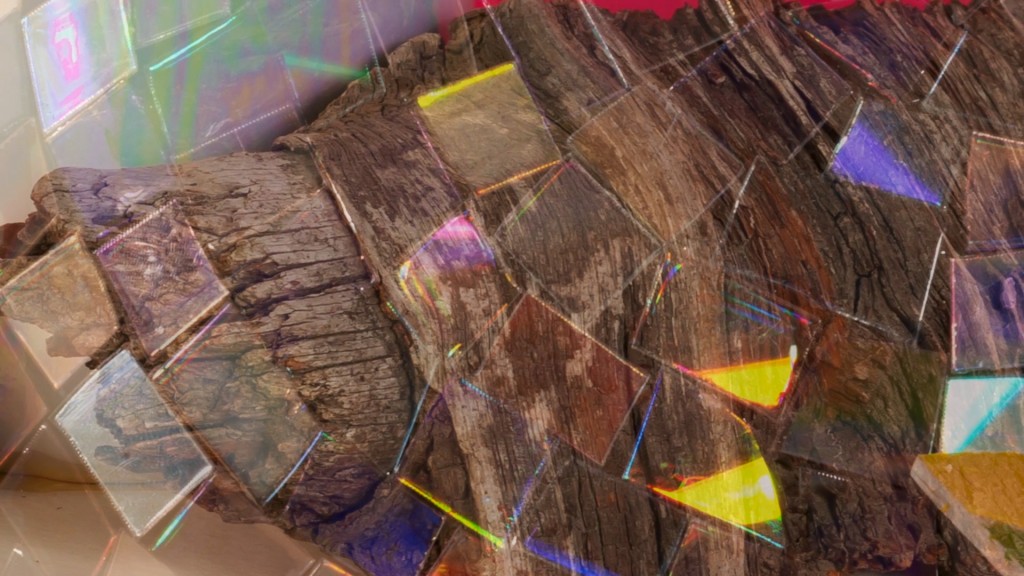 YunTing Tsai (TW) | Betwixt and Between

Betwixt and Between represents sometime in life, undecided, and somewhere between two alternatives, neither here nor there. It is close to the anarchic essence of life, neither one thing nor the other. A midway position, in the middle of a period of time. The exposed concrete buildings were used as a metaphor, imprisoning inside a rigid and impregnable construction, not only the system but the limitations of life. 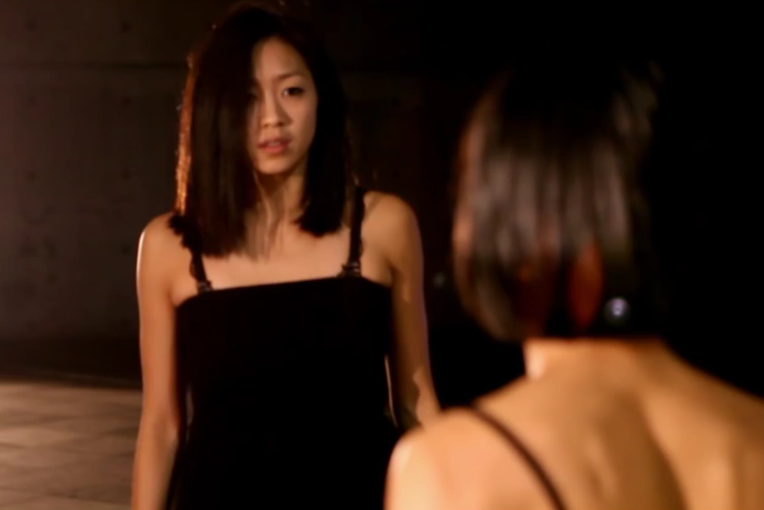