For the second year, three important institutions that are integrally involved in the digital media sector, namely the Athens Digital Arts Festival as the organizer of the Festival, the Video Workshops and the Master Of “Arts In Video, Audiovisual Media And Motion Graphics Production” of the Department of Photography and Audiovisual Arts of the Technological Educational Institute of Athens as well as the Photography Workshop Team of the School of Visual and Applied Arts of the Faculty of Fine Arts of the Aristotle University of Thessaloniki will be collaborating within the framework of the “Digital Pop Exhibition”, presenting the video art project entitled “A to Z in loop” with selected works from the students of the schools.

In the book, “The Philosophy of Andy Warhol (From A to B and Back Again)”, Warhol himself states:

– I asked (Damian) how she could speak of “new art”. “How can you know if it’s new or not? New art ceases to be new as soon as it has already happened”

The historical Pop Art of the 50’s and 60’s had turned the material production and the aesthetics of a pop and massive culture and the terms of the world of advertising and the media, the functions and symbols of consumerist materialism into its main object and thus managed to create an innovative movement which would combine the “new” in art with the “modern” in lifestyle: a very serious intervention in the present with further more complicated consequences that one would have ever imagined or intended.

The participants in this exhibition belong to the new generations of creators who come to the forefront, released from the dilemmas concerning analogical versus digital media and with extended means of communication, work, entertainment and information. They bring along a new way of life, framed by the digital pop(ular) culture, with a different communication and behavior manual, which calls upon constant readaptations in the fastest pace.

Within this fluid “being”, they venture to dynamically articulate their own art discourse with works that often make satire, exaggerate, face the everyday life with humor or just comment on it, using different means and techniques (digital, collage, glitching, intense coloring, repetitions etc). In any case, they do uncover interesting aspects of our daily lives, through their own personal view. 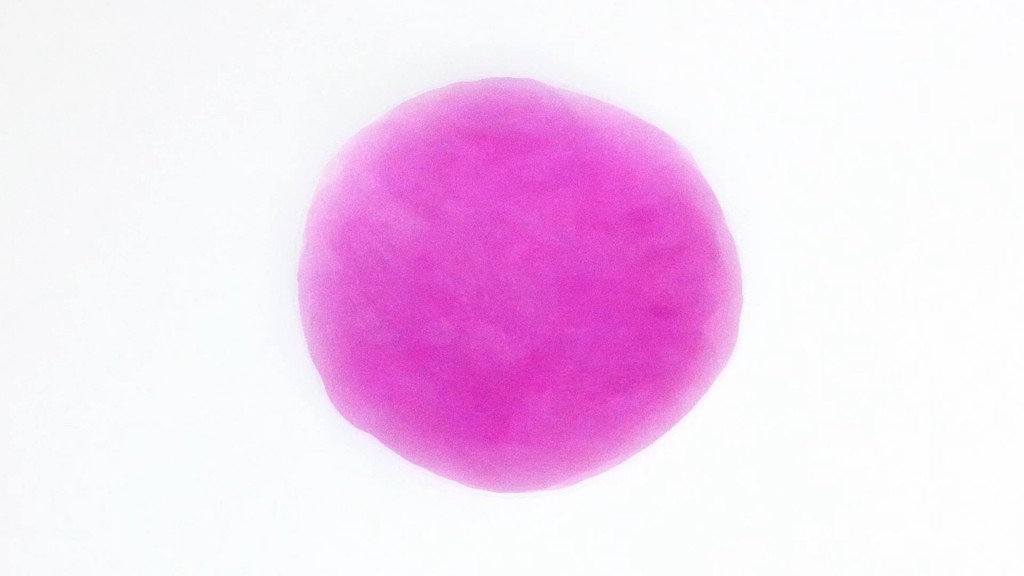 The circle is born of the point. Of the circle, the line is born. The shapes do not change, but transform. And hence, out of nothing, our complex reality is created. 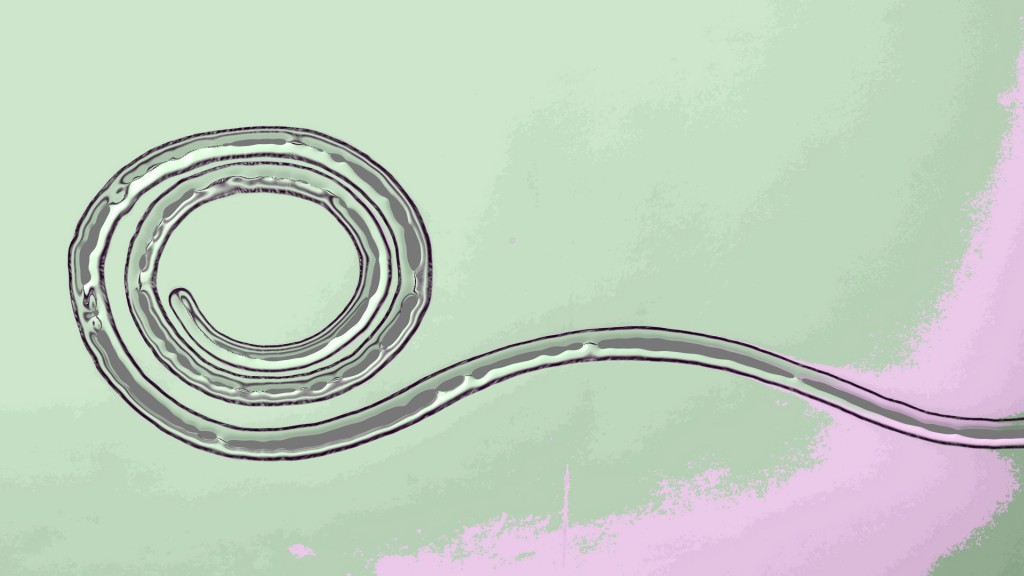 Living in a time of too much information that is actually accessible from everyone because of the progress of technology, we would like to introduce the effects of this situation on women. With the ability of exchanging ideas through Facebook, Τwitter and social networking in general there are some standards that describe pop culture and form the appearance and personality of a woman. And as a result women try to copy the “ideal beauty” standard and join in a society of fake uniformity. In this video we show the “useless monster” that social stereotypes have created in order to represent a female that is always beautiful, young and flawless. 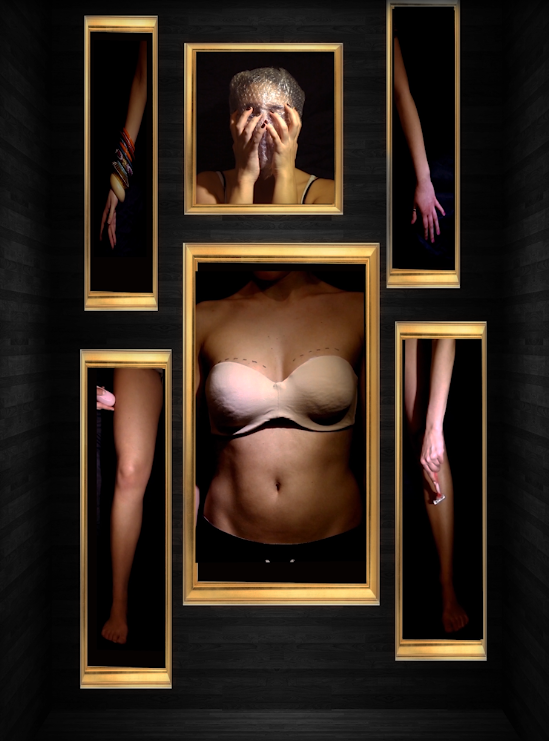 The animated drawings record impulses and memories of personal and social life. Ruminate images, homogenize them aesthetically and create a kind of simulacrum of the mediated image of reality which replaces reality.
At the same time an attempt is made to update and re-negotiate the Pop problematic on the transition between private imagination and public reality, where the masses appear as the result of mass media. 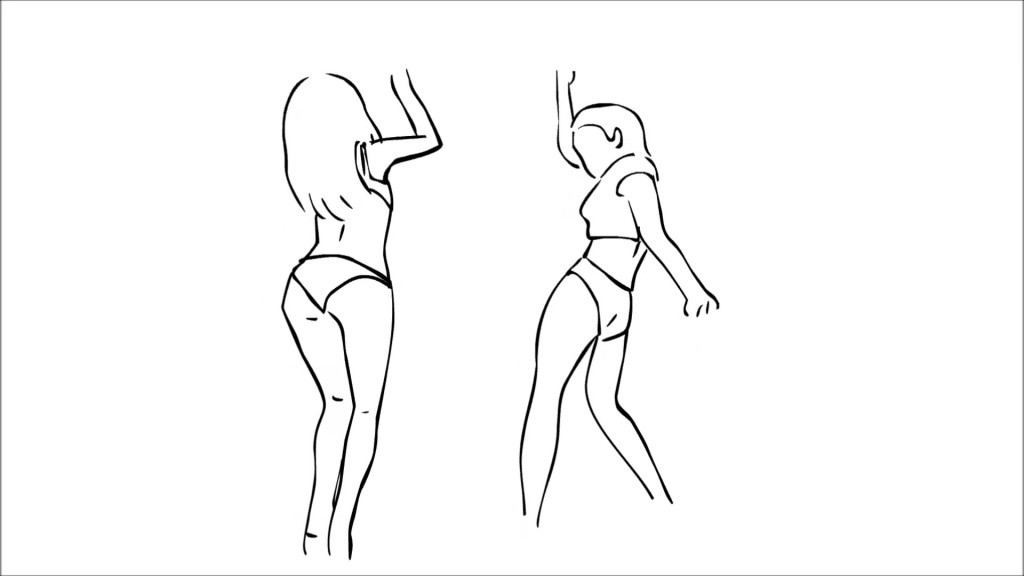 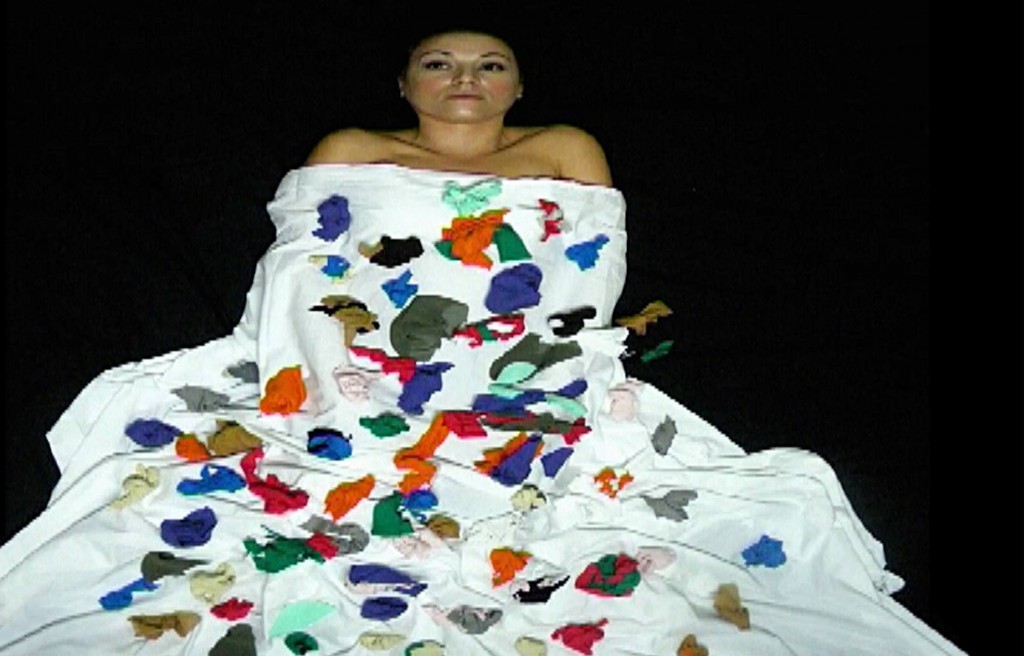 Over the past few years, video games increasingly intrude in people’s life through consoles, computers and of course the internet. The video shows the negative effects of video games who contain violence. People who play too much video games are more likely to have increased aggressive behaviours, feelings of depression and anxiety, and they also become isolated. 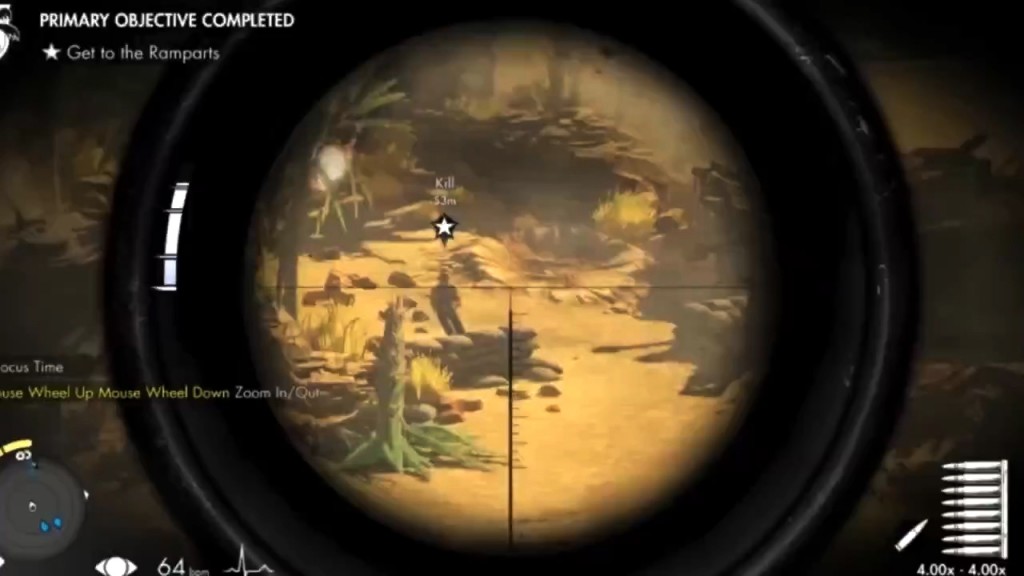 The work is a comment about the manipulation and thought control through the TV programs.

Igor Longinidis (GR) | Changing the past

In the future of the Internet of Things, of interactive technology and freedom of information where everything seems simple, functional and safe, what could go wrong? Wandering through humanity’s past would be the easiest thing? or maybe not? 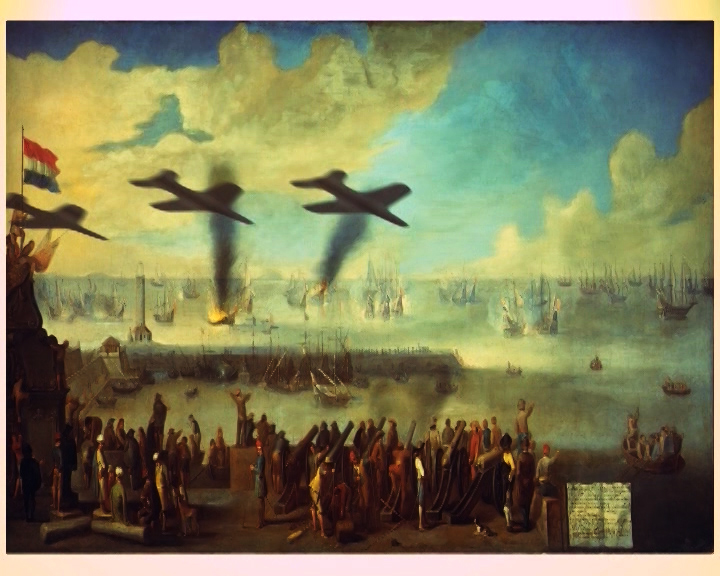 We live in the Internet era, where the accumulation of information is inevitable either we like it or not. The film “her shyness” could be considered a digital pop diary. It is a digital Self-portrait, a search for identity via the editing rhythm or its musicality.

Clippings from various everyday magazines and images appropriated from the web, morphed into a series of two-dimensional collages. The collages where digitized and certain parts of them isolated in order to be animated digitally. The animation forms an abstract story about an individual’s interaction with the urban environment. 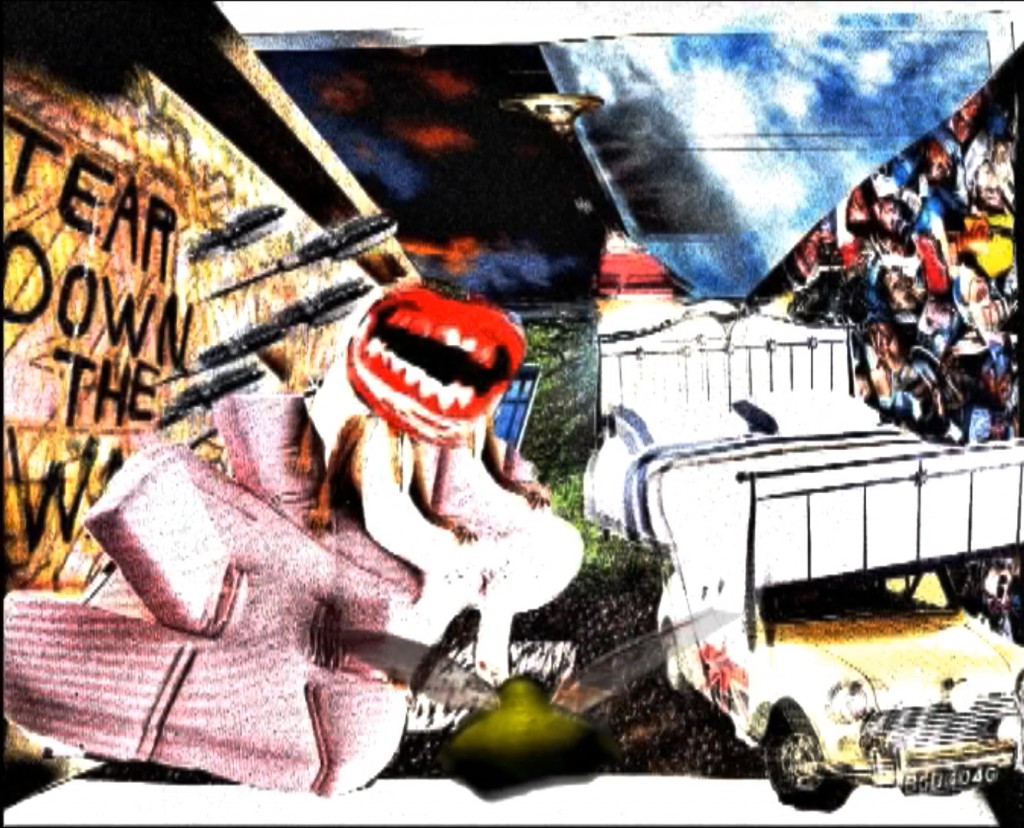 The everyday life, formed by the current trends, is reflected though the neurotic sounds of machinery. The faceless and without characteristics “line” due to its movements reacts to these stressful sounds repeatedly. 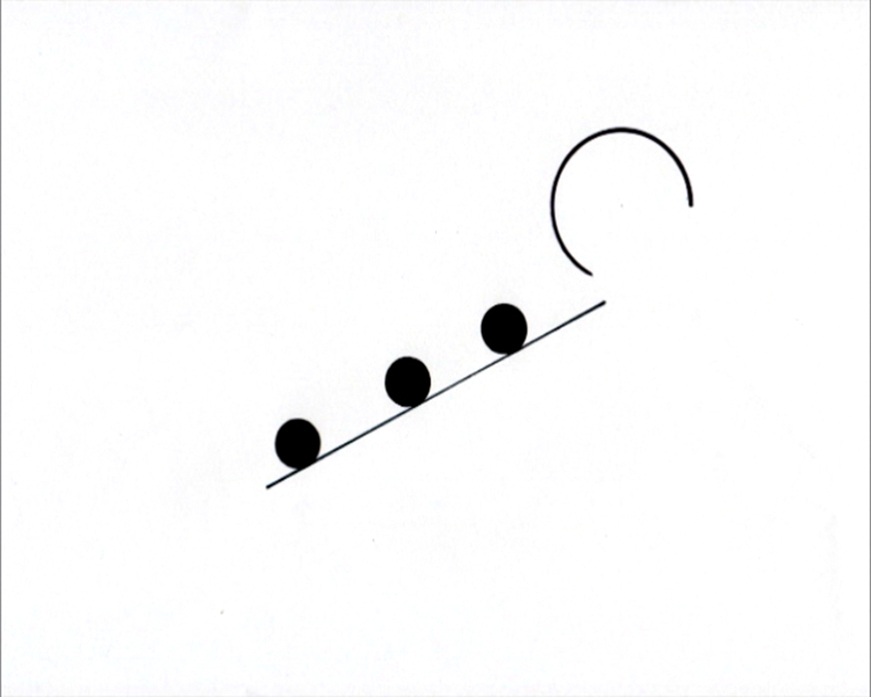 Revision. How do i perceive the pop of the 21st century? I reconsider and I replace the human presence and the everyday needs -biological or not- by digital blinders. A piano- mime of cell phone sounds keeps the contemporary anxious rhythm. 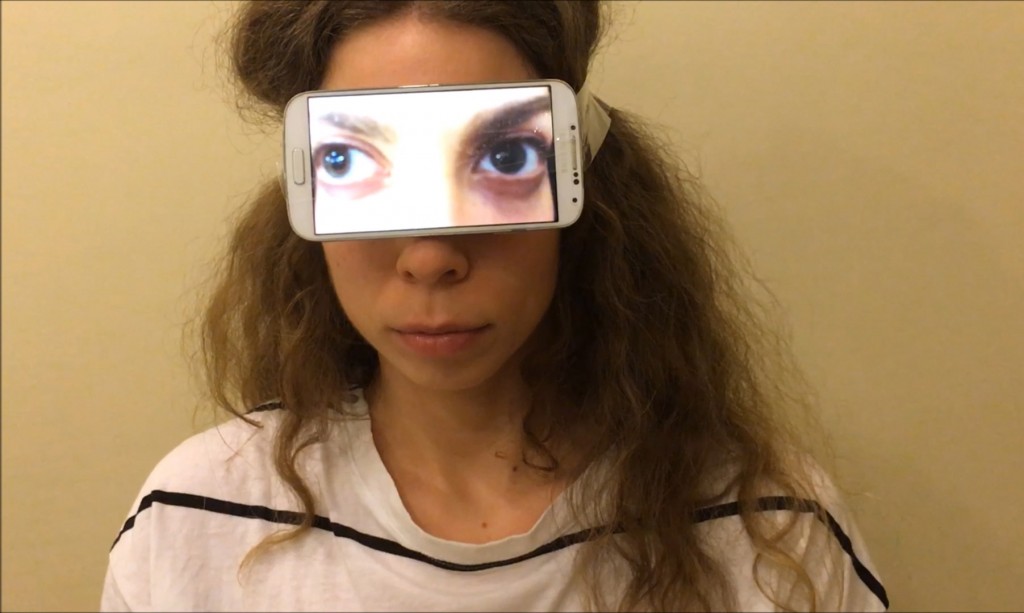 In the contemporary – consumer society that we live in, human beings spend most of their lifetime in a workspace. As a result they get to be trapped in a process that reconnects them from creativity and inactivates their expression. The fact that the only media of verbal communication with the clients (consumers) is prescribed, results in making him an unwilling processer in a roboting process, as free speech is removed and replaced with predefining scenarios of communication. The outcome is an almost obsessive kinesiology and a standard repetitive communication that is supposed to be continuously reproduced. Andy Warhol’s statement “I think everyone should be a machine” projects our times. Living and thinking mechanically is a result of our fast living pace. Nowadays, the daily life of a human being consists of a contemporary model of marketing slavery, trying to find his way out, through digital age, so to live what he would like to be. 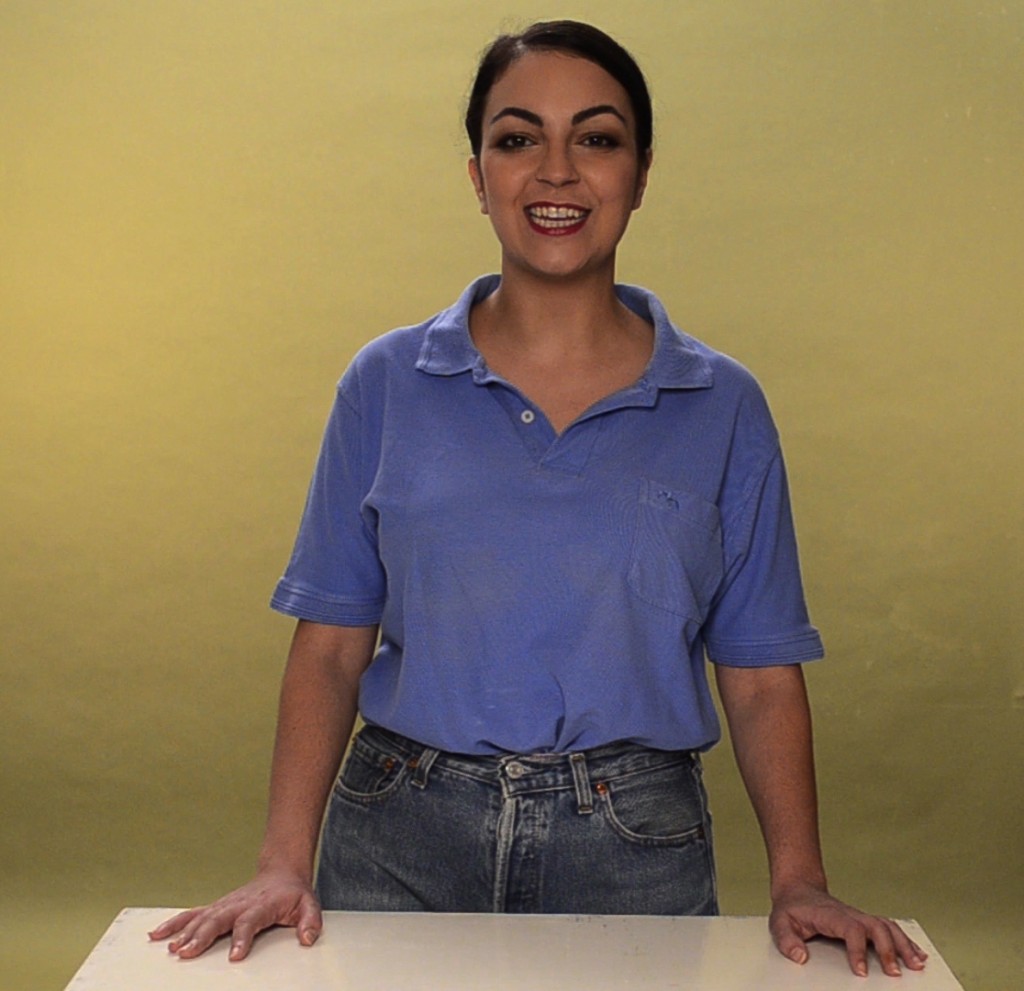 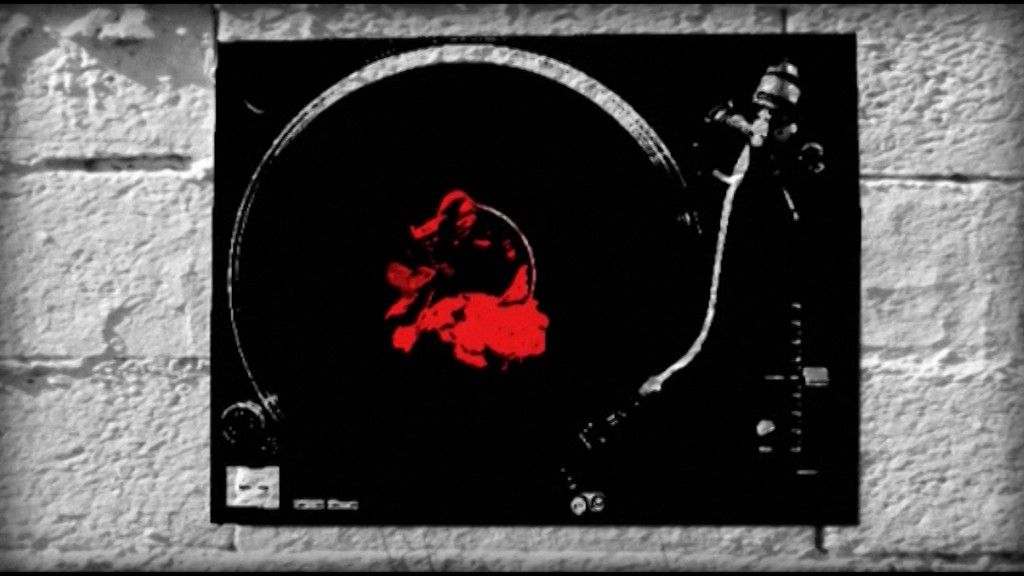 Sound and silence often weight the same as the motion picture. A static image gets dimensions and becomes alive through sound. It can supported  in such a way as to lead us
in a narrative; to create feelings of fear, joy, admiration. Sounds, which can be used both in movies and video games for a season and less, we “borrowed”, recycled them and used in such way to show that nothing is itself, or as described the very first time now nowadays, where the speed of propagation and the speed of data consumption, do not allow anything to be timeless.
Ultimately we “pictured” the sound. 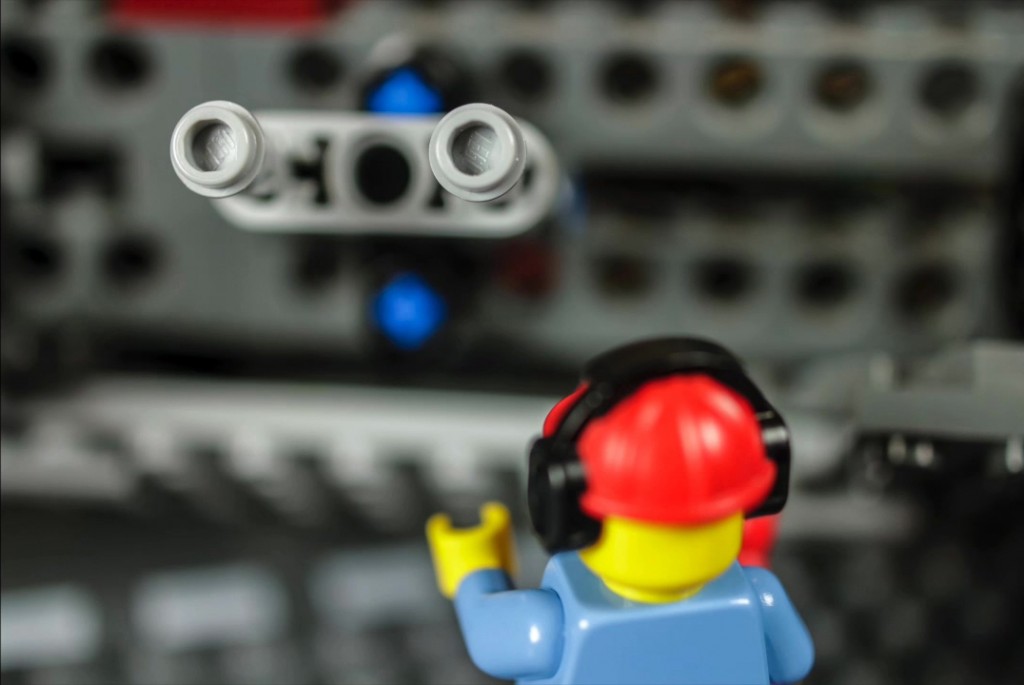 Every human being is a product of their environment and the era they live in. An era in which digital technology works as a substitute for human contact and tends to replace it. This is why we have to act now. Stop chatting…start communicating! 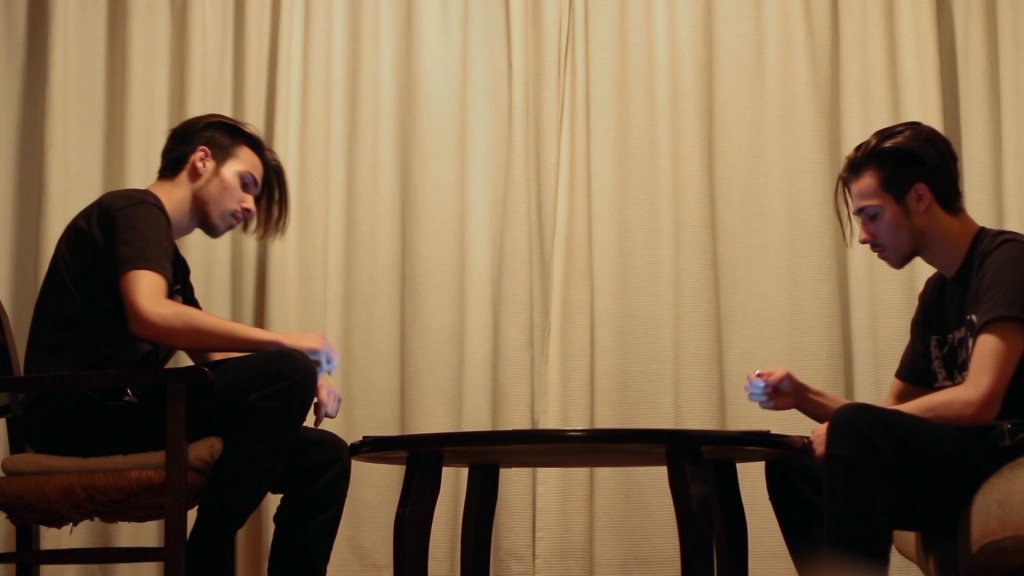 “The spectacle is not a collection of images, but a social relation among people, mediated by images.”

This sentence used by Guy Debord (The Society of the Spectacle) essentially describes the current digital revolution, where human communication has been replaced by emoticons, gifs, memes and other digital media. But while there is much talk about the spectacle itself, we rarely refer to the “viewer”, which may vary from advertising companies, to government surveillance agencies. Eventually when we are watching at a picture, the picture is watching back on us, under a peculiar surveillance regime, adapted appropriately to be enjoyable and entertaining.
This reversal of roles between viewer and spectacle I’m trying to explore in this project. 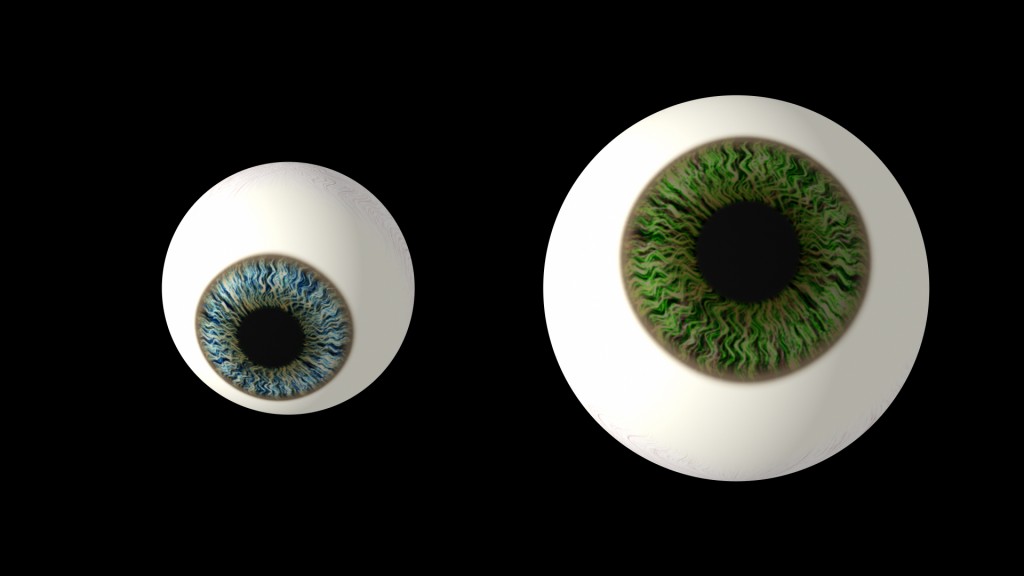 Inspiration for this video was Andy Warhol and his avant-garde in the pop art movement. I was influenced by the bright and varied colors that he used. I am interested in the human element and I wanted to connect the vibrant colors with different emotions that they cause to human psychology. Many scientists believe that colors have the power not only to cause emotional responses but also to significantly affect the mood and wellbeing. Psychological studies have shown that the effect of colors in our mood is true, but it has short duration and so temporary.
So I combined the human expressions of different people, with a humorous way, using intense colors. 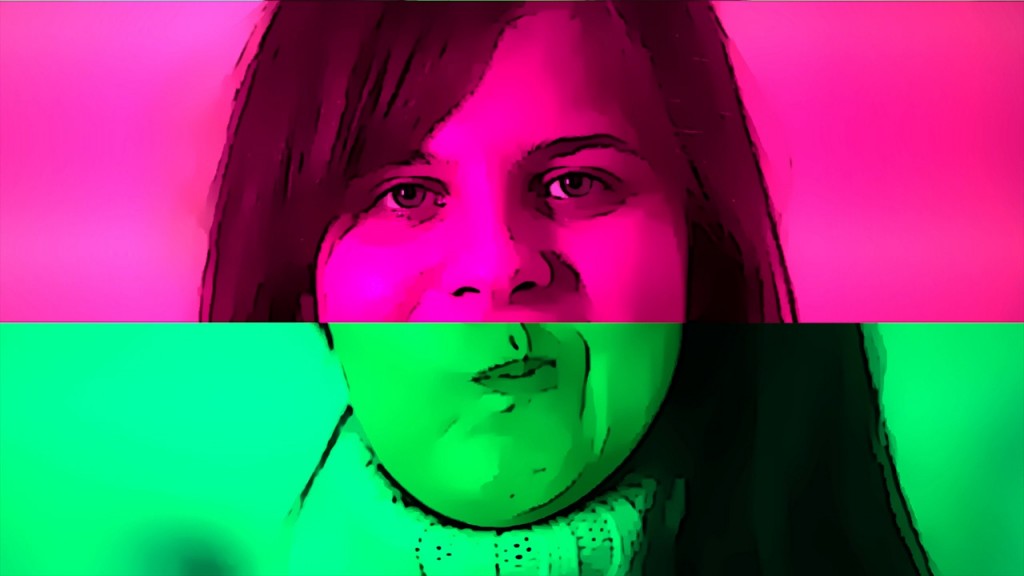 In the era of “I”, I am what is fed to me and all that i consume.
A constant information assault.
The capacity of my ” I” is transformed to gigas of social media, pixels of digital images, cyber love.
I am I at 8 in the morning , I am “what used to be I” at midnight.
And it starts again. 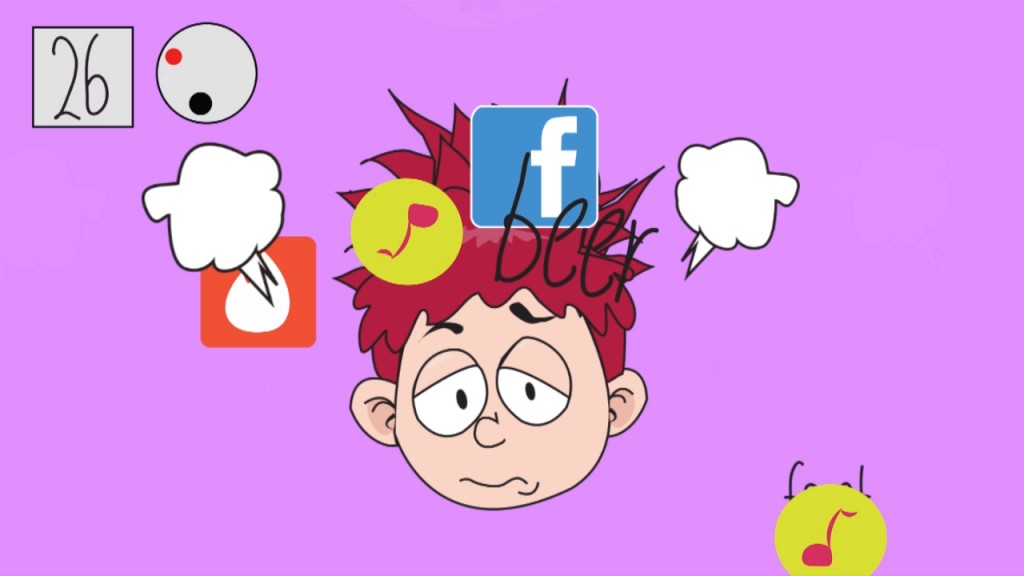 Each frame of the video is the recording of a digital failure (glitch) in a TV frame. This set of frames (25/s) composes a frantic sequence, which attempts to reconstruct the character of the source of the images. 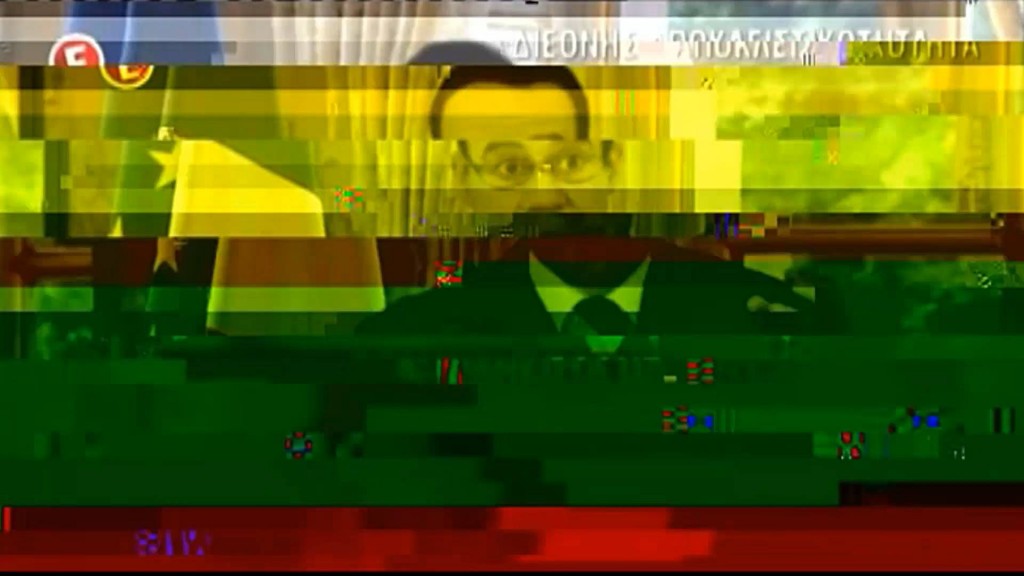 Since a person’s creation, a self-destructive process that includes actions and thoughts , which is not clearly under his control, begins.   A futile struggle between birth and death, creation and destruction, start and end. Art, a psychic product of man, has obvious signs of this conflict. It may be that, the digital birth of man promises his incorruptibility, however the digital image is affected by the deterministic state of decay. By the same immediacy that is created, with the same ease it gets destroyed. 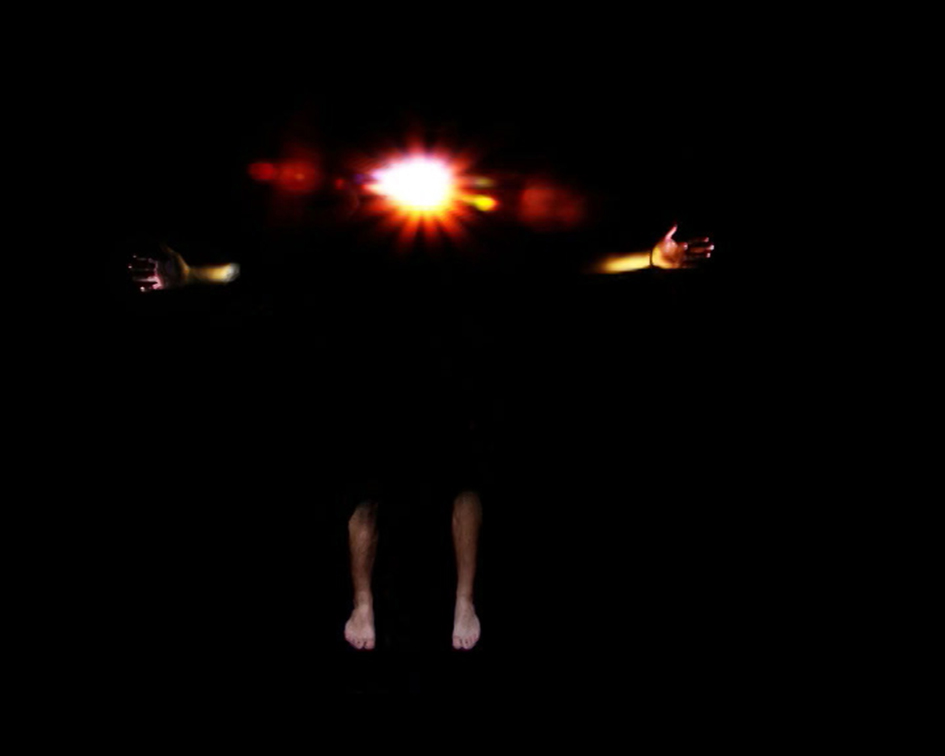 diversion1.the action of turning something aside from its course,
diversion 2. an activity that diverts the mind from tedious or serious concerns. 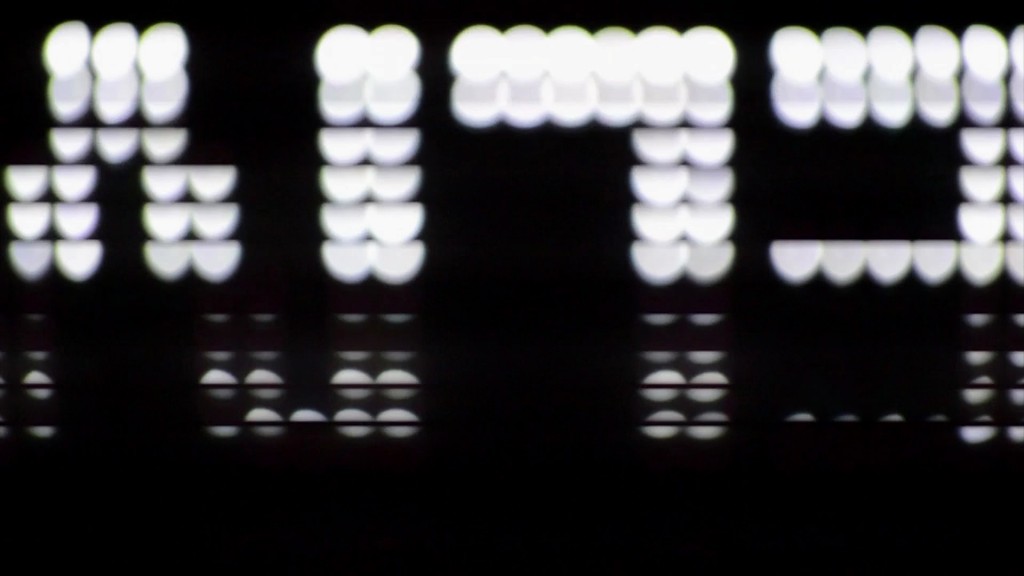 Charged is a comic short video describing the oxymoron when using the social media from our phone during the day. The hero lives between two worlds: physically in the real world where he does his daily activities but mentally he lives in the world of the internet and social media through his phone screen.

The empty signs and panels of the city used to show advertisements and commercial products.  They are transformed into a meeting place for genetic material.  A sense of humor and some effort create new visuals for public consumption. 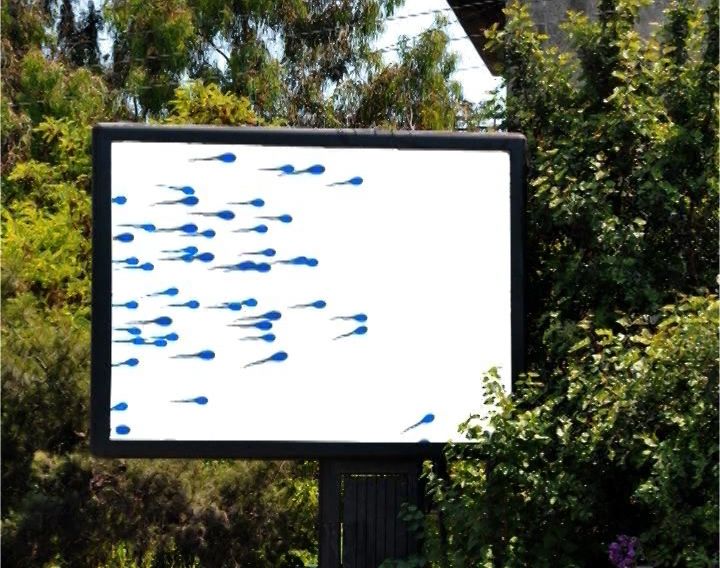